The 5 Most Common Network Performance Issues – and How to Fix IT!

It is no secret that network downtime can negatively impact revenue, productivity, and morale. Network downtime is also known to have an unfavorable impact on intangibles such as business reputation and customer service. However, it does not take a full-on outage to disrupt the business. At a time when network reliability has become an operational imperative, slowdowns resulting from poorly performing IT systems also carry significant business costs. Moreover, poor network performance makes it harder for organizations to take advantage of emerging technologies.

The solution, however, is not in just increasing the bandwidth as a cure-all for network performance issues. While it is true that bandwidth limitations can create performance bottlenecks, adding bandwidth as a reactive measure sometimes merely masks underlying issues making things worse overtime. The good news is that networking experts can use performance monitoring tools to detect, diagnose and remedy these problems.

Why do you experience slow network Performance?

In the section below, we will describe 5 common network performance problems and how to fix them.

The CPU or Central Processing Unit is the key component of the computer that is responsible for receiving and processing instructions for systems and applications. High CPU usage on a network is a warning bell for slow network performance. The most common cause of high CPU usage is the network is being bogged down by enormous amounts of traffic. CPU usage spikes when processes require longer to execute or when many network packets are exchanges throughout the network. When the CPU is overused, latency, jitter and packet loss may increase which will result in the entire IT infrastructure to deteriorate.  The Fix There are devices such as switches that have hardware components (ASICs and NPUs) that can take some of the responsibilities off the CPU. They can take charge and process packets quickly.

Bandwidth is the network’s capacity to exchange data between devices within a given period. Higher bandwidth enables faster data exchange and allows more devices to be connected at once.  When someone, or something, is monopolizing the bandwidth by downloading gigabytes worth of data, it creates a congestion. When there is congestion, there isn’t enough bandwidth left for other parts or users, which then leads to problems like slow speeds.  The Fix Instead of increasing the bandwidth, it is best to first see what is eating away at it in the first place. If there is a faulty system which is eroding the bandwidth and you go ahead and increase it, it will continue to eat away leaving you with the same cyclical problem. Therefore, Monitoring the network to get to the root of the problem is always a good start.

It is basic, but the last thing you will check – the cables. Testing all your cables one by one to look for damages can be a nightmare. Nevertheless, when a cable or connector is defective, the interface of the network equipment to which it is connected will show errors hindering Network Performance. The Fix A simple way to monitor cables on a defective connector is to have a network monitoring solution that will measure errors on all network interfaces and send warning signals in case of potential problems.

Devices Another common network problem is when devices or hardware equipment is not functioning properly, perhaps due to misconfiguration or redundancy. It is important to consistently check switches and devices on your network to ensure they are working optimally, so you can react quickly when they are not. The Fix Make sure all your devices are up to date. Replace old devices and hardware equipment on time. When you install new devices to the network, test it and make sure it is configured properly. Many performance issues are caused by misconfigurations that can turn into major problems down the line.

DNS, Domain Name System, is essentially a directory that matches domain names to IP addresses. Every website has its own IP address on the web, and computers can connect to other computers via the internet and look up websites using their IP addresses. DNS errors occur when you cannot connect to an IP address, signaling you may have lost your internet access or network. For instance, your site may appear online to you, but offline to your visitors.  The inability to access the internet or sites can have a significant impact on your business. It is thus very importance to find and fix problems as soon as possible.  The Fix Network monitoring solutions proactively monitor all devices, equipment, system and applications of a network. A complete network overview will allow easy spotting and fixing of DNS and other network problems.

How to Avoid Network Performance Problems

You can also identify these network problems by testing and measuring different operating parameters based on a variety of network performance metrics, such as:

The next time your network starts bugging or slowing down on you, refer to these five common network problems to find and fix your issue as soon as it happens! Or Get in touch with us today so there won’t be a next time. 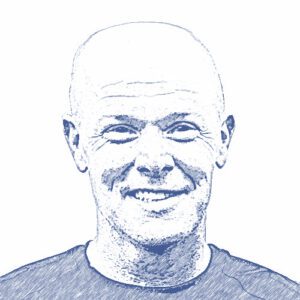