In late January some provinces in China underwent lockdown to contain the spread of Coronavirus. The average Internet speeds became sluggish as people stuck indoors went online. As a result, internet traffic spiked and clogged the networks and diminished transmission speeds diminishing network performance.  When the contagion reached Italy, Germany, and Spain, the internet speed in those countries deteriorated.  Closer to home, last month a wave of stay-at-home orders rolled out across the United States, declining the average internet speeds by 4.9% according to a popular broadband testing service. Quarantines and lockdowns around the world have made people more reliant on the internet to communicate, work, learn and stay entertained. But as the use of YouTube, Netflix, Zoom video conferencing, Facebook calls and video gaming has surged to new highs, the stress on internet infrastructure is starting to show when the traffic is still probably far from its peak.

Role of Regulators and Service Providers in optimizing Network Performance

Regulators in Europe have taken initiatives to alleviate some of the pressure by rolling out directives to video streaming sites to reduce their video quality. U.S. regulators however have frowned upon the notion of asking streaming and social media companies to degrade their services, they, in turn, are taking other steps by giving wireless carriers access to more spectrum to bolster the capacity of their networks.

In view of this, the Federal Communications Commission granted Verizon, AT&T, and T-Mobile temporary access to more airwaves. So while the regulators and service providers do their part to manage the growing traffic, there are steps that organizations can take to improve the performance of their networks during this unprecedented situation. Here are a few ways to go about it.

Quality of Service and Packet Shaping

To improve the perceived performance of the network is to prioritize applications based on their importance. Accordingly, these applications are classified into classes of service, and policies are put in place for each class. For instance, if the application is extremely critical, it will be classified as Platinum, and granted at least 50% of the available bandwidth.  Following the same protocol, different classes are granted different privileges such as blocking or severely limiting peer-to-peer file sharing which will work towards alleviating the pressure on the network while still allowing priority applications to function optimally.  Many are unaware of the benefits and impact of packet shaping, which can be negative if done incorrectly. It is best to leverage the services of an expert to assist in configuring devices to ensure that the different classes of service are correctly aligned for optimizing network performance.

Bandwidth is a scarce resource. More so, with the growing traffic due to lockdown and tension between increasingly distributed staff and increasingly centralized infrastructure soaking up all the spare bandwidth as well. Consider leveraging a compression algorithm to optimize network performance. Different algorithms suit different devices and applications. Correctly implemented, compression can increase the throughput as much as fourfold. Speak to your consultant to know what is best for your organization.

An overnight backup process that spills into working hours can easily clog up a network. A well-executed backup plan or backup software can solve this problem. Backup software may respect a time window and prioritize any missed files during the next run if correctly configured.

Many enterprises have moved to the cloud and many others are operating with employees working from remote locations requiring webifying a lot of enterprise applications. While this may provide consistent user interphase overall, it can also degrade the network performance. Some analysts report it can consume five times the bandwidth while delivering only one-quarter of the performance. One solution is to use thin client technology to reduce the amount of data flowing through the network. A thin client is a device that typically does no processing and accesses a server where all of the applications and data reside. There are no programs or data on the thin client. It provides access to a virtual desktop on a centrally located server that allows users to function.

Keep Junk Traffic Off the Network

Antivirus software, spam filters and firewalls help prevent the generation of junk traffic within your network. So, make sure they are enabled and kept up to date. It is even worth considering outsourced antispam and antivirus services, as they typically use multiple products to provide ongoing protection on the occasions when a vendor takes an extra day to provide an update for the latest virus or worm. To summarize optimize Network Performance through, 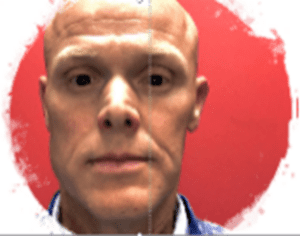